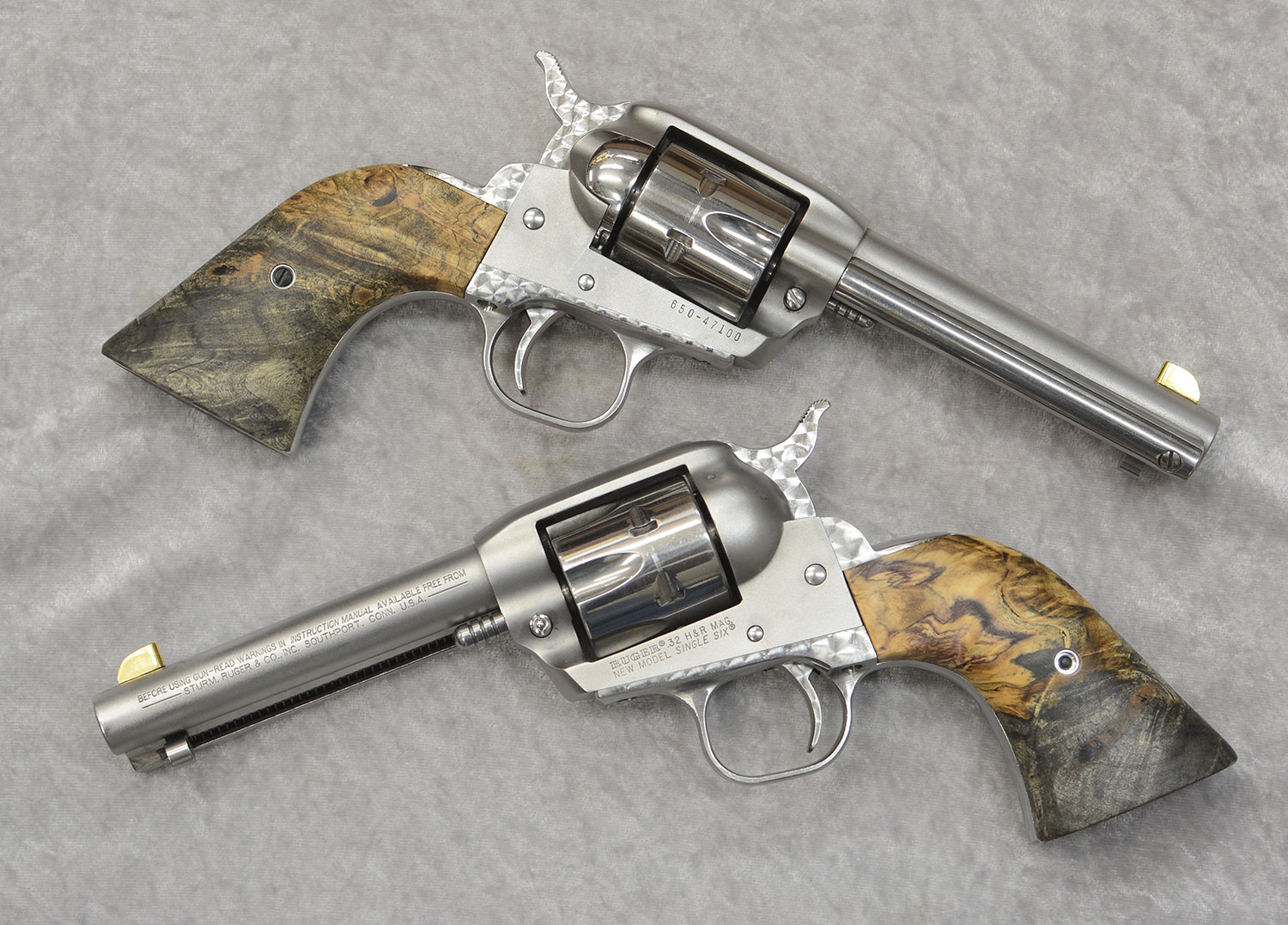 Take the time to read this whether you have had a conversion or are thinking about it.

There are pros and cons to having a short stroke done. Here are my opinions on this. It costs a bit of money. A short stroke makes the action cycle faster with less rearward motion of the hammer. It takes about 1/2 inch out of the travel. This should decrease your overall stage times. It takes some time to get used to as the hammer pull is a lot shorter. The action will be smoother than a stock gun with no action work, but will not quite as smooth as a stock gun with action work due to the notches the trigger now has to ride over. The short stroke takes all the slop out of the Vaquero design and the tolerances are now very tight.

Do you need a short stroke? You have to make that call. Most shooters that are highly competitive have it done. A lot of regular shooters find it less fatiguing and it does reduce overall times when you get the hang of it. It’s also fun to show off your guns with it. I would shoot someone’s guns with it before you take the plunge. One of the best reasons to have a short stroke done is if you have low profile hammers in your guns. When Shooting a stock gun with a low profile hammer (Super Blackhawk® hammer) you will notice the hammer now hits your strong hand in the web. The short stroke will keep the hammer from doing this as the travel is shorter. The gun functions like a colt now. Load and unload in the half cock. It is unsafe to load six rounds as the transfer bar is gone.

Facts you should know about “Half Cock”, “Short Stroke” and “Four Click” conversions.

Some gunsmiths doing the conversions use brazing to convert the parts. Brazing is like soldering, but to a higher temperature. The parts are being “glued” together. It requires heating the parts up to a dull red, around 1400 degrees. This process takes the hardness out of the parts and the metal is now soft. You can’t re-harden a brazed part. Furthermore, look at the hammer on guns that have had a pad brazed onto them. You will notice a divot developing where it is striking the firing pin in the frame. Eventually the divot becomes so deep the gun won’t fire. The lower part of the hammer will also be soft. The lobes and notches will wear out faster than a TIG welded conversion. Also notice on brazed conversions how the hammer is misshapen and full of scratches on both sides. This is due to grinding the oversized brazed parts to be flush with the sides of the hammer. Brazing equipment runs about $45.00.

TIG welding was developed for the Aerospace industry and NASA. TIG welding uses an inert shielding gas and creates a molecular bond with an incredibly small heat signature. The parts welded become one piece of metal, not two stuck together. The low heat signature minimizes/eliminates distortion. TIG welding allows deep penetration of the weld due to the shielding gas and the advanced technology of the arc. It also allows for pinpoint accuracy in the weld. TIG welded parts can be heat treated to re-harden them. TIG welding takes a considerable degree of skill, but the end product is far superior. A quality TIG welder costs about $2800.00.

MIG welders are also used by some for making the modifications. There couple of issues with this. MIG welding leaves a large heat signature and most parts I have seen MIG welded are not heat treated properly. You also can’t get the propper metal in MIG wire to match the hammer metal. They need to be TIG welded with the correct metal to be strong. 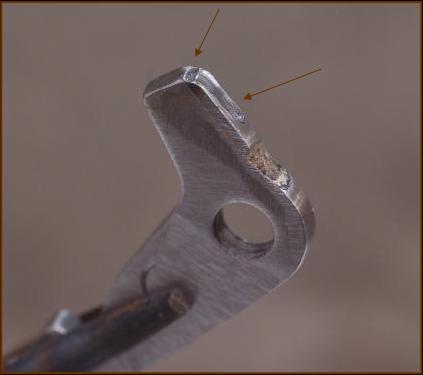 Brazed VS TIG welded
One of the four parts that are modified is the bolt. AKA cylinder stop. 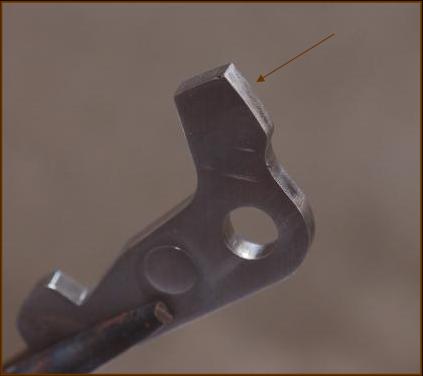 Both methods of the conversion work. The difference is in the craftsmanship, how long it will last and the exact tolerances of the parts. You decide on how you want to spend your money.

What are the “Standards of the Industry” when it comes to a quality short stroke? These are the small things that really make a difference when loading and shooting your revolvers. First things first though. You can make a Short Stroke too short and some do. There needs to be enough momentum in the hammer to fire the primer, so if you make them really short, you have to have a stiffer hammer and a rougher action. You have to sacrifice quality and smoothness. A revolver with an action that is stiffer and rougher will be harder to keep on target than one that is smoother and lighter. You can spend almost twice as much on some shorts strokes that are stiffer and rougher and only gain 1 to 2 millimeters in hammer pull. Shorter is not better. The Ultimate Short Stroke is the smoothest and lightest on the market and it is affordable.

1. Hammer Travel from “Rest” to “Full Cock” should be the same on any two guns. If one hammer pulls farther back, this will throw you off when shooting.

2. Trigger Setback. The trigger should be significantly farther back than a stock gun when at rest. This means less motion of the trigger finger. The trigger on a gun improperly short stroked, without Trigger Setback, will move back and forth 1/2 inch and feel mushy. It almost feels as if something is broken inside the gun. Setback is hard to do and requires a full understanding of the internal geometry.

3. Hammer Stops. With a Hammer Stop, the hammer will stop moving when the trigger sets. This will reduce wear on the pawl/hand and the cylinder ratchet.

4. Loading Position of the Cylinder. Pull the hammer to “half cock”, open the loading gate and rotate the cylinder counter clockwise until it stops. The cylinder you are about to load should be centered in the loading window.